Trading and processing of flax fibres is our speciality, already more than 100 years. 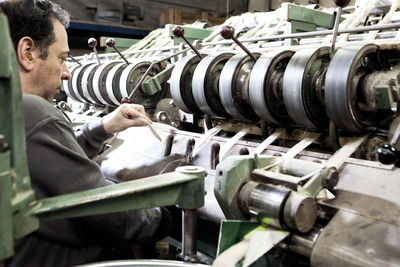 Castellins was founded in the beginning of the twentieth century by the Van de Casteele family. All through the generations that succeeded each other at the head of the business, the company has retained its family character.


In more than a century, a long road has been covered, literally and figuratively, from a small player ‘under the church spire’ in Heule, Belgium, to an international company with its own subsidiary in Shanghai, China.


From its current headquarters in Moorsele, Belgium (there since 1987), the business kept evolving, but remained true to its core activities, i.e. the production and trade of flax fibres. Gradually, these activities were expanded to the carding and combing of short flax fibres and the breaker carding of long flax fibres. The introduction of the latest cotton cards enabled the company to ‘cottonise’ the flax fibres so that many cotton spinning mills can use them.


In the 1990s, under the influence of high salary costs in our region, the focal point of flax spinning turned towards China. Castellins did not slack, however, and answered this evolution in the industry by founding Castellins Asia in Shanghai. This trading association sends flax fibres over to China where today 750,000 spindles can process flax.